Reconnecting with Your Tenants

Ever since the start of this year when the world as we knew it changed forever, many hurdles and differing priorities on respective sides have come between our customers and their residents. Whilst tenants’ needs for support from their housing provid...

END_OF_DOCUMENT_TOKEN_TO_BE_REPLACED

Mould growth is a huge problem in the UK. Adam Fudakowski looks at the three biggest misconceptions about mould growth.

Despite mould costing hundreds of millions of pounds a year to fix, there is still a ton of misunderstandings about its cause, treatment and elimination.

To be in the best possible position to combat the problem you first need to understand the causes and repercussions of mould growth. There has been a substantial increase in research into mould growth and domestic causes in the last few years and as a result we have a much better understanding of its growth pattern and ideal conditions. In this article, we aim to go over the three biggest misunderstandings about mould and what the truth is behind the claims.

In the affordable housing market, there is a general misunderstanding that older houses are more likely to have serious mould problems than those of newer construction. This isn’t true – new homes just as likely to have serious mould problems due to the developments that have been made in building construction. Drywall, for example, absorbs significantly more moisture than more traditional wall construction materials. Drywall, therefore, takes longer to dry – which most homeowners are unaware of. Combining this with the host of new construction materials that contain the nutrients crucial for mould growth and new homes are constructed in a way that encourages, rather than discourages, mould growth. New homes are also far better insulated and air sealed than older properties – trapping moisture inside of the properties. This lack of ventilated air keeps internal humidity levels high – generating condensation and damp which helps accelerate mould growth significantly. One of the most reliable indicators of mould is consistently high relative humidity – and new homes are almost perfectly built to keep high humidity air inside the property.

Cleaning visible mould growth is always a good idea – but it does not solve mould problems, nor does it clean the property of all of its mould spores. To fully clean mould out of a property its positive growth conditions need to be eliminated. Most of the mould spores in a property are invisible and airborne which means that cleaning away mould from windows and doors only eliminates the visible growth. It tends to hide in unventilated areas and remains dormant until conditions allow for explosive growth. Failing to remove the source of moisture or adequately handling relative humidity levels in a property will result in the mould returning over and over again. Quickly cleaning up the mould does not stop the spores already present in the air from re-growing often in places where you cannot see. Behind furniture, in crawl spaces and under wallpaper are all perfect environments for mould to grow without interference. Cleaning away the mould is not a viable long-term solution to combatting mould. 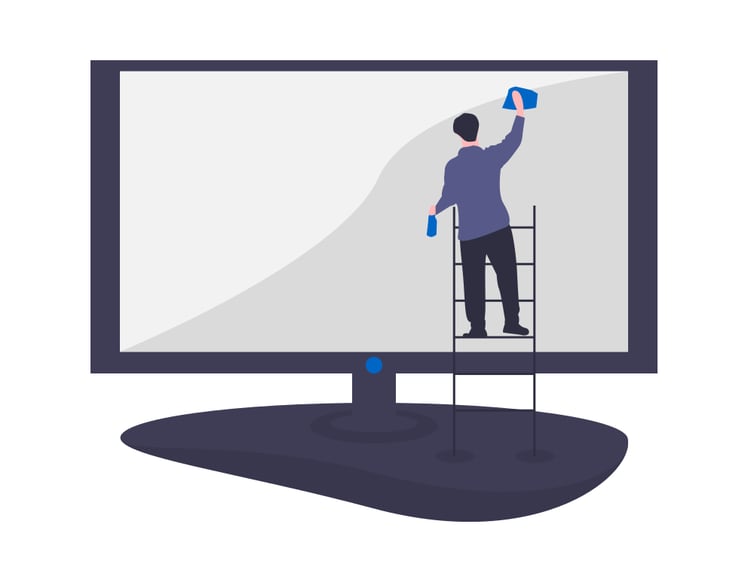 This is another prevalent misunderstanding. Whilst different types of mould do have different levels of danger associated with them, the colour is not a good indication of health hazard. Mould comes in over 100,000 varieties and in all colours – white, orange, blue, black and green are just some of the types found in homes. Some mould types are extremely dangerous, some mostly unharmful to residents but the exact strain being identified cannot be guaranteed by the colour. For example, Fusarium is a type of mould typically associated with water damage and has an orange colour. Immediate symptoms include sore throats, running noses, sneezing and dermatitis. Prolonged exposure can cause life-threatening conditions like bone infections and brain abscesses. Irrelevant of colour – all mould should be treated with a similar level of urgency. It should be removed from a property immediately and the root cause handled before it causes residents harm, damage to a property’s interior or even widespread structural damage. Mould should be treated by establishing cause and then working to reduce mould growth conditions immediately

Mould is a serious problem in British housing and the only reliable way to combat it is to understand an individual property’s problem and work to solve it. Switchee can help you do this through our real-time mould monitoring and alerts system. This helps to ensure maintenance teams can divert resources to those properties with verifiable cases of condensation, damp and mould. It also gives you the tools necessary to get to a property before the mould gets to a damaging state – saving residents health issues and reducing the long-term costs associated with condensation, damp and mould damage.

Adam is Switchee's CEO and co-founder. Following his Manufacturing Engineering degree at Cambridge, Adam worked as a Graduate Analyst at Boston Consulting Group, advising global clients on business strategy in pharmaceuticals and retail. Adam then co-founded a successful medical device company Nanoclave. Adam completed an MBA at INSEAD in 2014.

What is the Triangle of Mould

We’re betting that not many people have heard of the so-called ‘triangle of mould’. We were introduced to the idea by on...

END_OF_DOCUMENT_TOKEN_TO_BE_REPLACED

Whose Fault is Mould?

Nobody wants mould. The consequences for all involved are too severe for anybody to actively try to create the warm and ...

END_OF_DOCUMENT_TOKEN_TO_BE_REPLACED

Tackling cold and damp housing is important. It has an association with a range of health conditions, from common colds ...