As 2020 draws to a close, we've put together a summary of our most popular content in case you missed any of it. It's been a great year for Switchee, despite the global challenges facing all us at the moment. We started by closing a £3m investment in...

END_OF_DOCUMENT_TOKEN_TO_BE_REPLACED

Handing in your notice for your first job isn’t easy. Do you need to know whether startups are the best choice for you and your career? Find out now.

Handing in your notice for your first job isn’t easy. Bosses and colleagues immediately drown you with questions. Why are you going? Are you sure it’s what you want to do? What about these other projects and roles you could do if you stayed?

It gnaws at you. And then you start to question if you’re making the right decision leaving it all behind. All these thoughts were running through my head on the morning I handed in my letter of resignation at Credit Suisse earlier this year.

But that very evening, a chance encounter at a Sustainable Bridges event lead me to Switchee – and a world of impact investing, connected technology and social housing that I could never discover on an old-school investment bank trading floor. 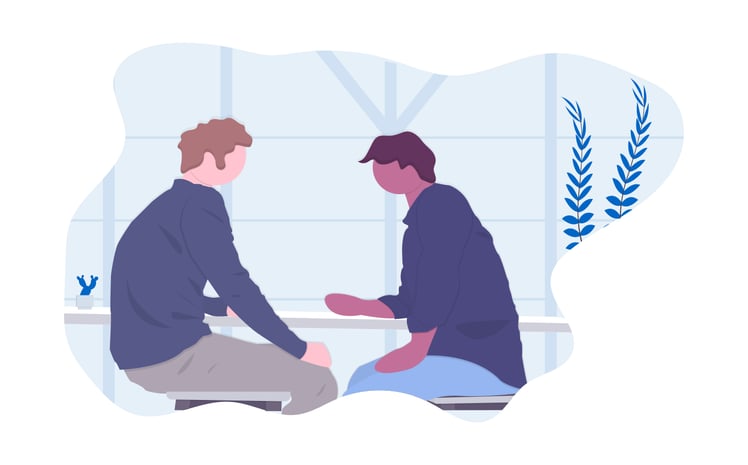 What was interesting about Switchee? Above all else, it’s an idea that helps both sides of the landlord vs. resident divide. I’ll keep the explanation brief. Switchee is the first smart thermostat for affordable housing. Large landlords like housing associations install it for residents, and three weeks later, algorithms automatically optimise their heating. It saves money for those who need it most – but are least able to afford a high-end consumer smart thermostat.

It’s an even more powerful tool for the landlords themselves. For the first time ever, they have access to real-time data on their large and complicated housing stocks. Before, in order to tell which of your 20,000 properties was at risk of acute mould, bad insulation, or broken boilers, someone had to go round and check. Now, Switchee can stream all this info to a laptop. Landlords can make decisions based on evidence – cutting down costs while making living conditions better for residents.

At Credit Suisse, I spent 4 years negotiating zero-sum transactions with clients. In these trades, either we won – or the client did. Switchee is the opposite: it sits in a rare intersection where all stakeholders benefit from the technology.

How is the day-to-day different?

I was surprised by this. To a casual observer, a lot of it actually looks pretty similar to working in a bank. There’s an open plan office. There are emails, spreadsheets, PowerPoints, an instant chat system, meetings, deadlines, mistakes, stress. There’s corporate jargon: ‘huddles’, ‘town halls’ and ‘project ownership’. It just all takes place with less shouting, and everyone wears jeans instead of suits.

So what’s actually different? I’ll pick out two elements that struck me most. One common to all start-ups, the other specific to Switchee.

At a start-up, networking is more important. A year of meeting clients and investors is the difference between closing another funding round or starving. At a bank, a year of meetings, phone calls and client drinks might take your broker ranking from #8 to #5.

And secondly, at Credit Suisse we traded Housing Association bonds – but I never spent a day on an HA estate going door to door, meeting residents. At Switchee I saw first-hand the complicated relationship between residents and social landlords, and how critical the information gap between the two parties can be.

Lots of millennials chase the impossible-to-define and subjective concept of ‘impact’ in their jobs. We know that big, for-profit organisations rarely offer it, but it’s tough to isolate exactly why. Looking back, I now think I can distil two key ingredients that were missing while working at a bank: the possibility to keep learning, and the chance to feel part of a broader mission.

In a month pitching in at Switchee, I’ve met investors, clients, residents, policy experts, Housing Association liaison officers, other entrepreneurs. I’ve handled new technology, seen how a new business is run, and understood some of the challenges it faces. At Switchee, the learning curve always feels as steep as it did on the first day I stepped into the shiny Credit Suisse lobby.

And through all this – the best bit by far has been contributing to a team that is trying to tackle a tangible problem. 10% of all UK households won’t be able to properly heat their home come next winter. Switchee is on a mission to get that number down. Working here has more than satisfied the worries I had as I nervously handed over a letter that began “I hereby wish to resign” all those months ago.

Jack Shukman was a commercial intern with Switchee and is now a Senior Associate with The Boston Consulting Group.

As 2020 draws to a close, we've put together a summary of our most popular content in case you missed any of it. It's be...

END_OF_DOCUMENT_TOKEN_TO_BE_REPLACED

Now that there is more clarity on what exactly is coming out of the Green Homes Grant, I think it is worth sitting down ...

END_OF_DOCUMENT_TOKEN_TO_BE_REPLACED

What Does It Mean To Be A Switchee Customer?

Firstly, what is Customer Success?