As 2020 draws to a close, we've put together a summary of our most popular content in case you missed any of it. It's been a great year for Switchee, despite the global challenges facing all us at the moment. We started by closing a £3m investment in...

END_OF_DOCUMENT_TOKEN_TO_BE_REPLACED

It is our tragic responsibility to inform you all that Ian Napier has passed away.

I'm writing with the profoundly sad news that Ian Napier, our dear friend, co-founder and Commercial Director of Switchee, died tragically on the afternoon of Thursday 7th November 2019.

Ian was a highly intelligent, accomplished, articulate, warm-hearted and funny character. He was deeply kind and generous, often offering his time, expertise and counsel to others, while expecting nothing in return. For me personally, he was my closest business ally and friend. He is undoubtedly the finest person that I have ever worked with. People would refer to us two as the "Switchee Duo" and Katie, my wife, jokingly called him the "other wife". I spent countless hours with Ian, untangling difficult problems and figuring out a way forward when there were no clear answers. He always had a lightness, adding a joke here or a kind word there, to diffuse an occasionally serious situation. It was a lightness that made me happy to get out of bed and rush to work on a bleak November morning. Ian suffered from depression for over 15 years. During the period that we worked together, the illness was very much under control and was not at all evident, even to many who were professionally very close to him. It was in the last few months that Ian experienced moments of darkness that ultimately got to him, and he took his own life. He was receiving a lot of support from his most caring and sensitive family, as well as from a network of close friends. He also had professional help and medication. His openness with his confidants about his inner thoughts and feelings has made his death all the more unexpected and shocking.

Our team has taken much solace in the message from Ian’s sister, Rosie — that during that long period of depression, she had never seen him as motivated and happy as when he was building Switchee. He was doing something for himself and for others that he loved and passionately believed in. As the dust begins to settle, our team is principally concerned with looking after each other and ourselves. We are all still coming to terms with the magnitude of this loss and no doubt that will take a long time. What we know is that the business that Ian founded and built from the ground up must become a part of his lasting legacy. There is no silver lining to this event, but it has galvanised us in the belief that the important work that Ian was doing must and will be continued after his death. Our thoughts and prayers are with Ian’s family.

Adam is Switchee's CEO and co-founder. Following his Manufacturing Engineering degree at Cambridge, Adam worked as a Graduate Analyst at Boston Consulting Group, advising global clients on business strategy in pharmaceuticals and retail. Adam then co-founded a successful medical device company Nanoclave. Adam completed an MBA at INSEAD in 2014.

As 2020 draws to a close, we've put together a summary of our most popular content in case you missed any of it. It's be...

END_OF_DOCUMENT_TOKEN_TO_BE_REPLACED

Now that there is more clarity on what exactly is coming out of the Green Homes Grant, I think it is worth sitting down ...

END_OF_DOCUMENT_TOKEN_TO_BE_REPLACED

What Does It Mean To Be A Switchee Customer?

Firstly, what is Customer Success?

END_OF_DOCUMENT_TOKEN_TO_BE_REPLACED 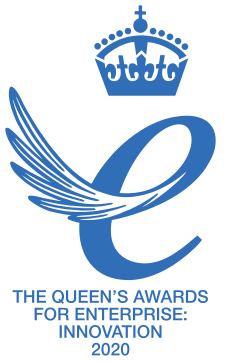